Introduction to the book 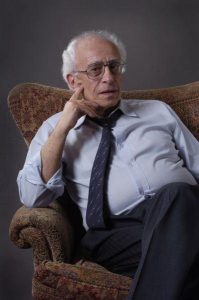 I am delighted to have the opportunity to write some parting words for this book. From my present faraway location it was more convenient for me to choose letter format. This is not an analysis, nor is a monograph – this is a personal message addressed to you, but open for everyone to read. Here it is:

I do not dare call myself your teacher – your real mentors were others: Jaan Vares, Olav Männi, Martin Saks; they taught you everything that can possible be taught to a future artist. Nevertheless, I read my lectures to you, as well as to many others. How many, I cannot count; however, it’s clear that after forty-something years of teaching, there is a considerable accumulation of students and alumni. I say this to stress that it is now hard to even recollect the names of many. Many of them have probably been forgotten undeservedly. A few, however, have remained bright in my memory. There are even less students, with whom, after graduation from the Institute, long and warm relations have been established that were of a different quality. They are relationships where the relation between the two people is not that of a student and professor, but one between two equals, two colleagues, or more simply stated, ones between humans. These types of relationship are rare and can be counted on the fingers of one hand. You are of their number.

What has been said also concerns students’ art works as well –- in terms of term and graduation works. Recently, I remembered the term work of Volodya Voroshilov, who subsequently became the well-known founder of a television game show, and sadly isn’t with us anymore. I can also recall two or three more works, and among them is yours.

It was the project regarding the monument dedicated to the victims of the Odessa ghetto; you came to me seeking advice, when the idea had only begun crystallizing in your mind. Now, I can certainly hardly recall details of the project, but I can see in this early choice of yours such character traits, which have defined much of your further life and creative behavior.

It isn’t even necessary to remind you that what I’m talking about concerns times when mentioning systematic genocide of Jews caused irritation among the party-governmental circles, and it was better not to pronounce the word “Jew” in and of itself. Whether or not your project was an act of revolt, which later received the name of dissidence, I do not know. I think, it was something other and, maybe, greater: a demonstration of internal freedom.

You – so it seems to me – were not for; it is self-evident, but also not against the anti-Semitic policy of the party. You just did not notice it, did not wish to know about it. You knew about the tragedy, and you were only concerned with two issues – truth and justice.

These two notions were personalized and fit your understanding of them. In time, these perceptions may vary because experience, accumulated by age and time, forces us to correct our own interpretation of the world. Your case is not an exception, but for you the primary principle has remained unchanged. This instance occurs with prophets, with righteous people, with quixotic people, with artists; the degree to which this occurs may vary, but the principle is the same: I do not argue with the era, I simply don’t notice it.

I know that at this point, you would like to object what I say. You would like to remind me that the first project, the graduation work, was a keen response to one of the shameful tragedies of the century and that it was followed by others, no less sincere and passionate. And I will agree with you there and then.

Moreover, I shall personally add, things which, in the neutral language of theory can be named politically and morally engaged, constitute the majority of your sculptures. The period after 1985, which was especially productive, proved to be the most well-developed in this respect as well. I understand that at the time many forces converged into one, the most important of which was the important historical downfall of the Soviet Union. It made it possible for people to reevaluate the experiences of the past. It finally permitted people to express themselves publicly about matters, which, for a long time, had been tacitly understood but kept silent, or that which had occurred or was becoming clear right then, at that very minute. At the time, you had more time for creating, for reflection “with chisel at hand”, than ever before. I cannot list all the works of this series and time period, however, the reader will see their reproductions on the pages of this book. Here are just some reminders, chosen at random: “Torture Chamber” (wood, 1985), “Hard Times. 1937” (granite, 1986), “Dead Road. Salekhard-Igarka” (wood, 1989), “Page in History of My People. Karabakh” (wood, 1990), “One More Overlooked Small Egg” (wood, metal, 1995), “In an Ominous Circle ” (wood, metal, 1996)… And thus, this same quality of your character forces me to repeat my words about falling out of context.

I’ll try to clarify my thought:
Each of us is connected the time we live in by various dimensions. In other words, we are all integrated into a whole set of contexts, contexts created by the mix of the past and of the present reality. When I mentioned your graduation work, the case involved falling out of an ideological context. But for the artist who is artist by trade and by vocation – a type to which you belong completely — the dominant context and situation is the context in which the art is made. It is difficult to imagine a more deformed situation, than that which you had found yourself in. To paraphrase Einstein, it would be possible to say, that you had entered the curved space.

Having graduated from the Institute, you formally became a “Soviet artist” for there were no non-Soviet ones in the country and they could not exist; even dissidents and underground artists were Soviet – and not any other kind – dissidents.

You came back to your native Baku as a Soviet sculptor and there you had to deal with a world of art in which “socialist realism” had conquered and created a reality filled with duplicity, bribes and cynicism. “Devotion to muses” in such form was so abhorrent to you, that you finally moved to Tallinn.
Estonian art of the day, naturally, belonged to the all encompassing body of Soviet art. It was developing, however, noticeable deviations from the Soviet standard and gaining greater freedom and professional responsibility, and becoming so more and more quickly. From there it became far more clear that outside the walls of “socialist camp” (and sometimes even from inside those walls) the destinies of art were quickly developing in a completely different direction. Sparks of western experience became apparent here, too.

I don’t recall how I taught the course on the history of 20th century art, but I do remember precisely, that beginning in the mid-sixties we began to teach our students an extensive separate course on modern foreign art and, contrary to the instructions of the USSR Academy of Arts that supervised us, the discussions during this course weren’t about the “decline and decomposition of bourgeois art”. Instead, we discussed entirely different problems.

Thus, a natural feature of our situation was our two-colored vision: the more unbearable the bonds of “socialist realism” became, the more idyllic the state of affairs in the art culture of the West was perceived to be and the more one desired to join current of avant guarde. Because of Estonia’s conditions, it became possible even long before the disintegration of the empire. The opportunity you were waiting for had arrived.

It is necessary to look over your works in order to see, how, in this multipolar space, you’ve managed to build your own pattern of creative behavior. Knowing about art events and ideas “here and there”, you took lessons everywhere where it seemed necessary for you.This factor helps explain the many styles that come together in your creation – from poetic realism (where the traces of the Estonian sculptural tradition are noticeable) to dramatic expressive deformation; from pathetic “direct speech” to complex, intertwined meaning known as symbolism, from stylistically streamlined wholeness to intentional multiplicity of visual codes within the limits of one piece of artwork.

Such stylistic alternation makes you candidate for promotion to the world of art of postmodernists, a promotion which would be fitting because of the synchronization of the peak of your creative maturity and of your efficiency with the period during which postmodernism was declared to have arrived, and moreover came into force. But I would not label you as a postmodernist, as you have kept your independence and faithfulness to yourself.
Speaking in more general terms: “post-avant guarde” art has ceased to be “the art of self-expression” – in the widest meaning of this phrase. The place for expression of any sort, from expression of the state of mind to declarations concerning personal visions and interpretations of the world, has been occupied by creativity and wit, as well as by infinite reflections concerning art itself.

The separation of artwork from the individual is viewed as an ideal creative state. Gerhard Richter, who is considered to be the best artist of the present era (and such a rating really exists), has said about one of his art series (“Grey Painting”): “Grey is a composition of non-statements, it does not provoke either feelings or associations… It is like no other color in its ability to illustrate ‘nothingness’. For me, grey is the sole equivalent of indifference, of refusal to assert anything, of absence of opinion, of absence of the form”.

Thus, this gap between personal subjectivity and artistic statement, which is so common to the modern orientation of art, is absolutely, idiosyncratically, alien to your nature. Right here, at this point, you fall out of a context again, while keeping firm the organic, for you, link between the individual and the art as a means of conveying a personal message. Simply speaking, when I look at your works, I obviously see, first of all, the form, which you have given to an inert material, and from it I derive the sense which is enclosed with in it. Through this process, I can see, I can hear, and I can understand you.

I’ve already mentioned that in the center of your world a constant moral imperative– the central axis that organizes the order of the world and prevents it from disintegrating—has been established. But you are the artist, the Master, and, consequently, your creativity can not be reduced in any way to puritan moralization. Your statement is free. You know that there is no art without a playful principle.

This is the origin of your taste for play-fighting with a material that you discovered, at first, in sculpture, and now, at a rather mature age, brings you, a sculptor to the core, to test mediums new to you – painting and drawing. From here stem your plays with forms and contrast in style, this knowledge is the origin of understanding humor of the arts. Finally, from here originates the complex play of the meanings, the semantic blinking, the temptation of the spectator with opportunity of many different opportunities, a quality prevalent in your works.

About half a century ago André Malraux, tempted by prospects of reproducing artwork, described an ideal “imaginary museum” (or “museum without walls”), which would contain worthy reproductions of the heritage of art. The reproductions of your works gathered under this books’ cover, should become your personal “museum without walls”. I wish, with all my heart that the line of its dedicated visitors won’t thin out for a very long time.